As part of its commitment to the community, BCN Checkpoint significantly contributes to research in the field of HIV and other STI’s through its own in-house studies as well as by taking part in a large number of national and international research projects.

This study covers the period from 2007-2012 and analyses the number of HIV detection tests and the number of people who got tested at BCN Checkpoint, the prevalence of global infection and in first visits as well as the centre’s diagnostic capacity in comparison with the total number of cases reported in Catalonia among gay men, bisexuals, other men who have sex with men and transgender women plus the referral rate of diagnosed cases to healthcare centres.

The study findings were published in HIV Medicine, the journal of the British HIV Association under the heading: “BCN Checkpoint, a community-based centre for men who have sex with men in Barcelona, Catalonia, Spain, shows high efficiency in HIV detection and linkage to care”.

The BCN Checkpoint cohort is an observational, longitudinal and prospective study of HIV negative gay men and bisexual men, other men who have sex with men and transgender women over 18 years of age. This is the only macro-study of its kind in all of Southern Europe and since 2008 it has followed over 10,000 participants.

The study’s main objective is to evaluate the incidence of HIV in the gay community. The BCN Checkpoint cohort provides indispensable data on a European level for monitoring the evolution of HIV infection in this collective and for appropriately targeting the response to the epidemic.

The findings for the period from 2009-2013 were presented at the International AIDS Conference (IAS 2014) in Melbourne (Australia).

The BCN Checkpoint cohort, as a useful tool for ensuring the cost-effectiveness of implementing PrEP

BCN Checkpoint is actively involved in promoting HIV pre-exposure prophylaxis (PrEP) and has carried out a study that may be of great help in determining the profile of people who should be given priority when it comes to administering this new prevention tool based on their risk of getting HIV in a collective that is globally very much exposed, that of men who have sex with men.

To identify the risk rate of prospective PrEP candidates in order to ensure cost-effectiveness.

The findings of this study were presented at the 15th European AIDS Conference in Barcelona (EACS 2015) and at the VII GeSida-SEIMC National Congress.

Detection of acute infections and rapid suppression of viral load

Despite the fact that the fourth generation quick HIV test does not detect infection through antibodies or P-24 antigen, when there is evidence of potential recent infection, BCN Checkpoint users are given a viral load detection test.

This is made possible because BCN Checkpoint is equipped with a GeneXpert® System, a small totally automatic genetics laboratory which carries out molecular tests based on PCR (polymerase chain reaction testing) in 90 minutes.

By detecting these types of infections we can quickly refer the diagnosed person for immediate antiretroviral treatment that rapidly brings down their viral load. In this way HIV will have a much smaller impact on their health because it enables their immune system to recover much better. What’s more, this breaks the chain of transmission because it is precisely in this phase that the virus replicates at very high levels.

The results were presented at the VIII International AIDS Society Conference (IAS 2015) in Vancouver (Canada) and later on at the 29th European Conference of Sexually Transmitted Infections (IUSTI 2015) and at the Reunió Monogràfica de la Sociedad Española Interdisciplinaria del Sida (SEISIDA 2016).

A study of the percentage of recent infections since BCN Checkpoint began offering the HIV detection test. Recent infections are infections that have been diagnosed within six months at the most of seroconversion. In this phase, the infection is highly transmissible.

To determine the effectiveness of the early diagnosis model developed by the centre not only with regards to the number of diagnoses but also its ability to do so when infections are in a very early stage.

The findings were presented at the HIV in Europe – HepHIV 2014 Conference and at the XVII Congreso Nacional sobre el Sida e Infecciones de Transmission Sexual (SEISIDA 2015). 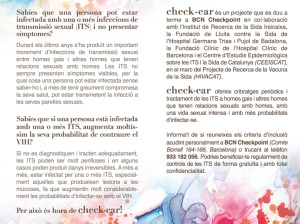 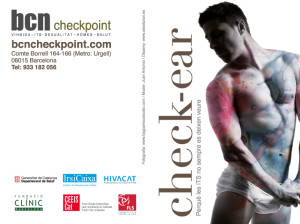 To study the incidence of HIV and also obtain biological samples from participants prior to and after their seroconversion process, an absolutely essential tool for research on a vaccine. The Check.ear study also enables us to evaluate the prevalence of sexually transmitted infections (STI) among this collective.

The findings were published in 2014 in the Journal of Infectious Diseases under the heading: “Alternative Effector-Function Profiling Identifies Broad HIV-Specific T-Cell Responses in Highly HIV-Exposed Individuals Who Remain Uninfected”.

Check-early is the continuation of Check-ear. This is a new study on the prevalence of HIV and other STIs in gay men, bisexuals, other men who have sex with men, and transgender women.

The aim of the study is to demonstrate that the collaboration between a community centre such as BCN Checkpoint and a state of the art hospital in HIV can be very efficient when it comes to reducing to a minimum the time that goes by from the moment a person is infected until their viral load has become undetectable. This enables the infected person to maintain normal CD4 cell levels and facilitates their recovery, decreases their HIV reservoirs, reduces anxiety about the risks of transmission and, in short, leads to better quality of life.

The NGO Projecte dels NOMS-Hispanosida, an organization that manages the BCN Checkpoint and BCN PrEP·Point community centers, intends to evaluate the frequency of appearance of signs and symptoms of COVID-19 among its users, to study the extent of transmission from person to person and to characterize the signs and symptoms of this infection, and its evolution and its possible relationship with the use of PrEP. 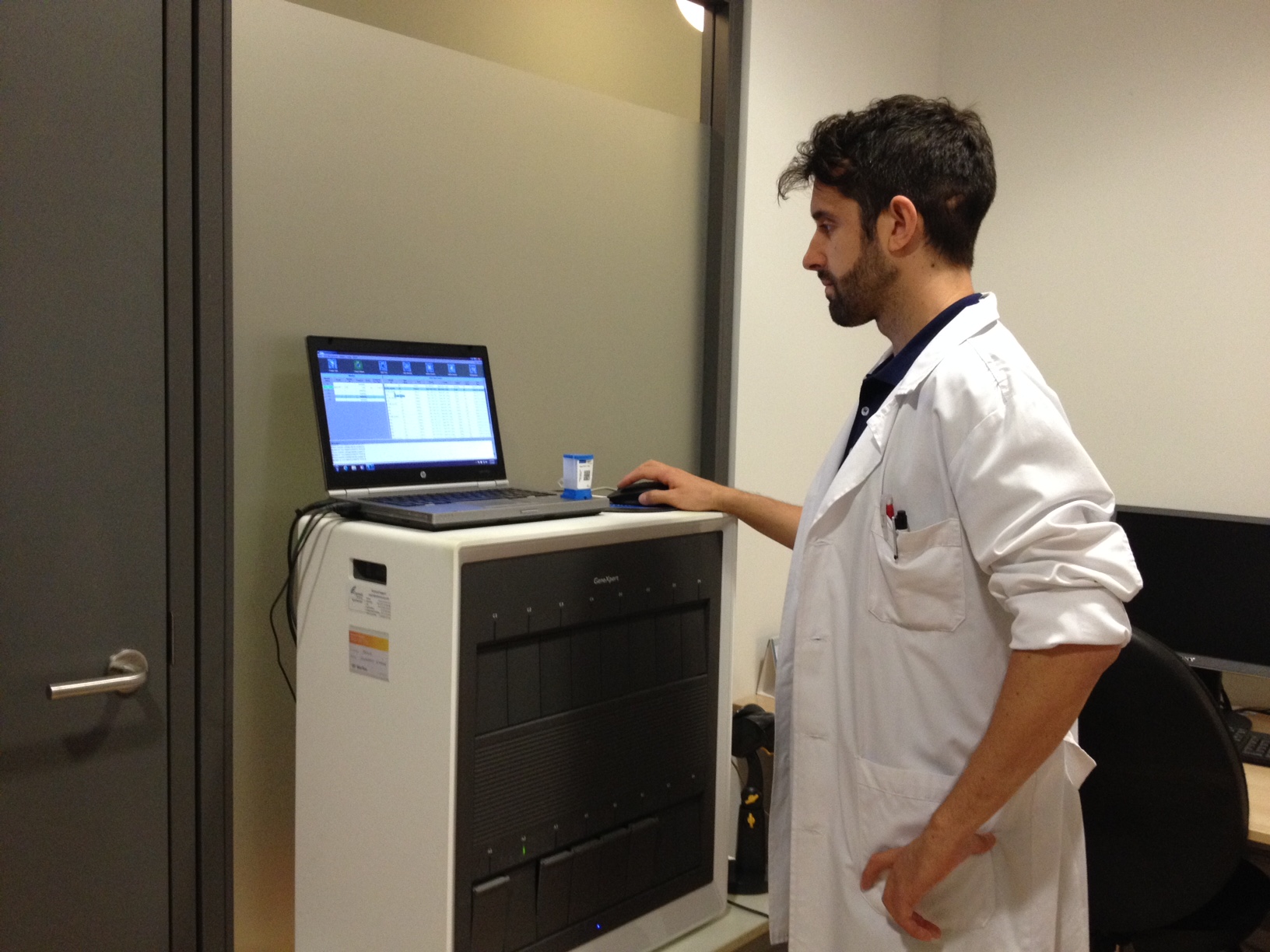