PrEP (short for pre-exposure prophylaxis) is a HIV prevention tool. The United States healthcare authorities approved its use in 2012 after a number of studies had demonstrated its safety and efficacy. Since then, other countries around the world have followed suit to make it available to people at higher risk of infection.

What does PrEP consist of?

PrEP is a HIV prevention strategy whereby HIV negative people take antiretroviral drugs to reduce their risk of infection. According to the research findings it is almost 100% effective in preventing HIV transmission in people who use it consistently.

How is it different from PEP?

Post-exposure prophylaxis (PEP) is also a HIV prevention strategy for HIV-negative people who take antiretrovirals but in this case they do so after they may have been exposed to the virus. PEP treatment lasts 28 days and is dispensed from the emergency wards of public hospitals. It must be started as soon as possible, preferably within the first 6 hours after exposure and within 72 hours after exposure at the most.

Who is PrEP recommended for?

Experts and regulating bodies such as the WHO (World Health Organisation) and the European Aids Clinical Society (EACS) recommend PrEP for sexually active people who belong to population groups that are most exposed to HIV, with gay men, bisexuals, other men who have sex with men, and transgender women at the top of the list.

What drug is used?

Although studies are underway with other drugs, for now the only drug that has been approved for PrEP goes under the brand name of Truvada. In actual fact it is a tablet that combines two drugs: Emtriva (emtricitabine, also known as FTC) and Viread (tenofovir also known as disoproxil fumarate or TDF).

Does it have side-effects?

The drugs that are used for PrEP are very safe and have a low toxicity profile. The majority of people who use them have not reported side-effects and when these do appear they tend to be mild. Even so, PrEP needs a prescription and must always be taken under a specialist doctor’s supervision to guarantee safety.

And what if I take it on my own?

In countries where PrEP has not been approved yet, some people decide to follow this prevention strategy by themselves either by obtaining Truvada on the black market or legally by importing generic drugs for personal use as in the case of the UK.

If you are thinking of taking PrEP on your own you need to take some precautions: make sure there are no contraindications for the drug in your particular case, check that you are not infected with HIV and take regular medical checkups.

If this is your case, at BCN Checkpoint we can offer you guidance on how to minimise any possible risks that go along with PrEp under these conditions. 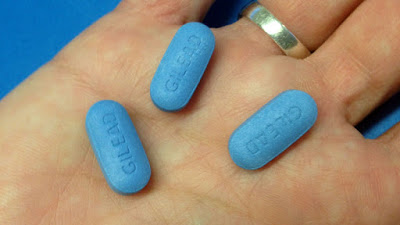 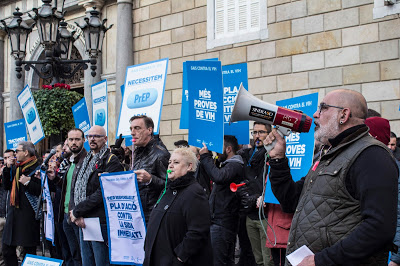